I’m putting in an order to the printer, as we speak, for exactly 500 decks. It will be completely uploaded and paid for by the morning: With the 50 that I had previously printed for my “Interest “Experiment” and the 2 that I ordered originally (and kept for myself), that totals 552 Banksy Tarot decks in the entire world…

And trust me, I have sold them to as many people in the US as I have in other countries! It’s amazing! He truly is known internationally.

And if you don’t know of him…

Where in the hell have you been?

Through the creation and promotion of the Tarot Banksy deck, I have been casually talking about Banksy (not even so much about the deck!) to multiple, random people daily. It’s amazing (more like UNBELIEVABLE) how many conversations have been started with the question, “Who is Banksy?” Or conversations that I inadvertently started by casually chatting with EVERYONE and ANYONE about Banksy and about the deck… WHICH HAS LED BACK TO THE QUESTION ABOVE!

Let me get you all caught up!

I am making sure this is rectified on a daily basis, at least in my circles, for as long as I am around. By compiling this tarot deck, I have introduced and enlightened an unexpectedly huge amount of people to the art world of Banksy. Some of these communities include tarot enthusiasts, tarot readers, collectors, street artists, (actually ALL artists), juvenile and adult therapists, social workers, art lovers, and even doctors! (I honestly don’t know where to start or stop here… it’s been a profound experience, really.)

But, in all honestly, I think the best thing about the Tarot Banksy, above all else is that…

Banksy’s MESSAGE is being SPREAD, far and wide. And in a very magical way! 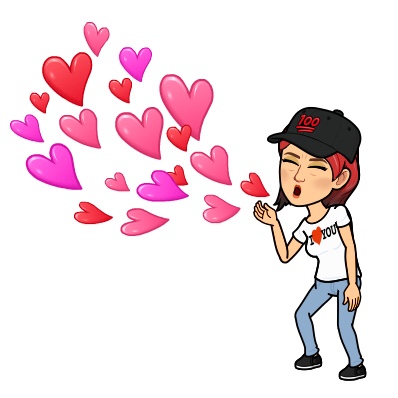 AND BEYOND THAT, TO INFINITY!

I can’t even believe how news of this deck has spread like wild fire! I have so many people contacting me every day about ordering the deck, from all over the world, and possibly even from other worlds!

But for real, though.

I created the deck because I wanted a Tarot deck with Banksy images on it for myself, whether anyone else wanted it or not…

But when others saw it, and they wanted it, too, I saw a huge opportunity to bring Banksy’s socially and sometimes politically-charged artwork to the mass public via Tarot! Artwork with a message… a message that’s masterfully executed by a satirist, a truly controversial and “HUMANITY-motivated” street artist that focuses his artworks (and placements thereof) around issues of INJUSTICE…

Now, don’t think that I don’t love the Rider-Waite-Smith Tarot deck, but there are so many reasons to have a multicultural deck that represents all walks of life in these modern times from the viewpoint of a street artist. If we want to be real, then a tarot deck that represents modern times must also be done by a very modern artist that shows the real struggles of this world, and not just bikini spottings or infidelity dramas of the beautiful celebrities on vacation!

Don’t get me wrong.

I am not saying that Banksy needs me to spread his social justice messages or that he can’t and/or doesn’t get his own publicity. He is prolific. I wonder when he sleeps. He gets more publicity than he wants and that’s probably why he chooses to remain anonymous.

I am in no way, shape, or form trying to claim the artwork of this deck as my own. I am just the curator of this deck. I used imagery from photographs taken all around the world, some by me, of Banksy’s artwork on walls, (and everywhere else!!!). What I did was match Banksy’s various artworks to the RWS system of Tarot by aligning the cards visually with their RWS meanings. I chose the images and overall design for the deck and also aligned a Banksy quote to each card for the guidebook, along with keywords and a couple questions concerning the querent’s position on many different social issues, but especially the querent’s position on their own “inside social justice” issues. 😳 That’s all…

Banksy created the artwork. Banksy is the BOMB. Banksy gets the credit.

I am not underestimating the work I have done on this project. It is hard ass work to create a Tarot deck. It has been time-consuming and life-altering, and both stressful and wonderful at the same time! I’ve had Banksy on the brain and I’m pretty sure that we might know each other by now. In fact, I know we have had a conversation! 😉 I even have a new nickname for him: “BonkStar!”

Between Banksy, the Tarot Banksy deck and guidebook, and Photoshop… I am going bonkers!!!!

Hooray that there’s a Banksy!

Hooray for the entire world!